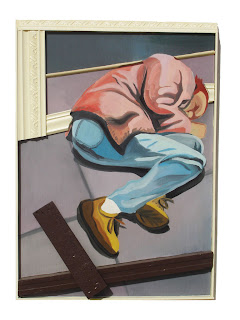 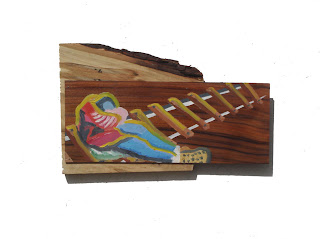 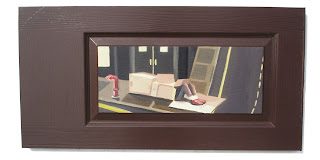 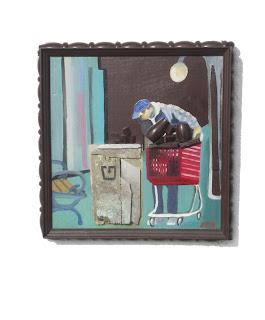 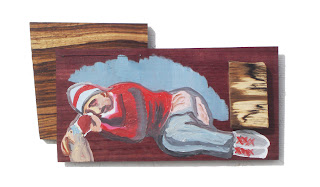 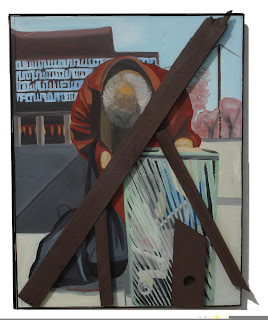 There are thirty-five million accounted for men, women and children that go homeless each night in the United States.  With about every 11 individuals that are not homeless in the United States, there is 1 that is homeless.  Two trends are largely responsible for the rise in homelessness over the past 20-25 years: a growing shortage of affordable rental housing and a simultaneous increase in poverty.  Given this fact of so many homeless people right here in the United States, I find myself begging the question, “Just what do they go through to live their lives let alone barely survive?”

The Homeless have to be creative to survive. Homeless people have three major issues: Hunger, Shelter and Safety. Eating from garbage cans or digging in dumpsters behind fast-food restaurants is one strategy for food and supplies.  Sleeping under park benches with card board for a mattress and using the seat above as a framework like a tent while putting some waterproof covering on top of the seat to retain heat is another strategy for shelter.  They makeshift shelters for themselves with whatever they can find: such as trashed doors, old cabinets, blocks of wood, sheets of metal, etc.   To beat the cold weather they might camp with other homeless people, using campfires, alcohol, and body heat to stay warm.

This body of work is portraying the loneliness and scarcity of wealth in the lives of the homeless but in spite of this my intention is to show the beauty in and surrounding their lives. I have spotlighted them as individuals that are worthy to be recognized within frameworks that comment on their ingenuity using such items as found objects and scraps of wood.
Posted by Ben-the-Painter at 7:06 PM No comments:

Birth of Man and Birth of Woman

This diptic is about Creation. It speaks specifically of Creation of Man and Woman in the Biblical Context. Therefore Genesis Chapter 2:18-25 is the focus of my work here:


"Then the Lord God said, 'It is not good that the man should be alone; I will make him a helper fit for him.  Now out of the ground the Lord God had formed every beast of the field and every bird of the heavens and brought them to the man to see what he would call them. And whatever the man called every living creature, that was its name. The man gave names to all livestock and to the birds of the heavens and to every beast of the field. But for Adam there was not found a helper fit for him. So the Lord God caused a deep sleep to fall upon the man, and while he slept took one of his ribs and closed up its place with flesh. And the rib that the Lord God had taken from the man he made into a woman and brought her to the man. Then the man said,
'This at last is bone of my bones
and flesh of my flesh;
she shall be called Woman,
because she was taken out of Man.'
Therefore a man shall leave his father and his mother and hold fast to his wife, and they shall become one flesh. And the man and his wife were both naked and were not ashamed."
﻿
And with the context of this passage, I find my work speaking of a layering of meanings. Man as well as Woman is depicted as a real and perfect Creation before the Fall of Destruction which is only implied in the words, "And the man and his wife were both naked and were not ashamed." They are shown here to both have a heart and a mind, two of which both God has also in the person of Jesus Christ. In fact, Jesus Christ is refered to as the second Adam as HE came to this Earth to do what Adam could not which was fulfill the Covenant of God with humanity. When God created man, He chose for Adam to represent his posterity as "federal head" in the covenant of works. Hosea 6:7 speaks of a covenant which Adam broke, and Romans 5:12-19 implies that there was a covenant involved with Adam because he represents the human race. Isaiah 24:5 speaks of an everlasting covenant which is universal because it applies to the entire "earth"; this would also seem to be a reference to a covenant made with all mankind.
Jesus Christ took man's place, fulfilling the covenant of works which Adam failed at, and thus Adam is an antitype of Christ. I Corinthians 15:45 speaks of Jesus as the "last Adam."
They both are depicted as real historical individuals and metaphors to humanity, since it is a biblical context they are emulating in my work. In this context they are wearing halos above their heads which indicates there perfection still being in the Garden of Eden. The Plexiglass, the Door knobs, and the Map behind them help to indicate that they are not only in a world not like this one, but also that they are in a reality outside of ours that is in perfection and Communial Love with God Himself.
Posted by Ben-the-Painter at 12:07 AM No comments:

Ben-the-Painter
I'm a Creative Creature with an imagination. I am a Thinker that took in all the details before I decided to live a life, for the Lord Jesus Christ, that is as worthy as I possibly can get for Him every day. He is my Strength, Love, and Hope. I work, pray, and and have faith for possibilites to come my way for His Glory.